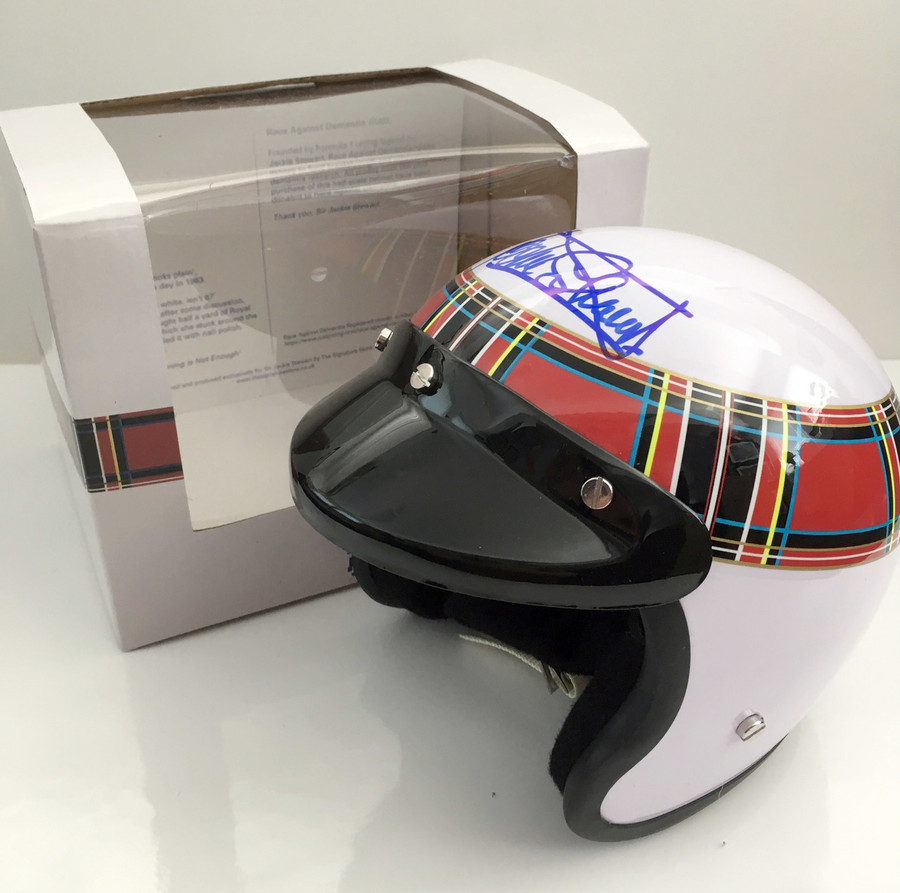 Extract from Jackie Stewart - 'Winning is Not Enough'

'Your racing helmet looks very plain', Helen mentioned one day in 1963.
'You think so?'
'Well, I mean, it's just white, isn't it?’
She had a point and, after some discussion, she went out and bought half a yard of Royal Stewart tartan silk, which she stuck around the helmet, and then sealed it with nail polish. It looked really smart.


This is a half-scale replica of the iconic helmet worn by Sir Jackie Stewart to win his first Monaco Grand Prix and on to the Formula 1 World Championship in 1969 is an exclusive signed only edition limited to 500 pieces worldwide.

All proceed go to RAD in full to fund breakthrough and innovative dementia research. Helmet produced in partnership with and endorsed by Sir Jackie Stewart.

45 million people around the world have dementia today. One in three people will get dementia in their lifetime. A new person gets dementia every three seconds. This crisis cannot continue. Founded by Formula 1 racing legend Sir Jackie Stewart, Race Against Dementia raises money to fund breakthrough and innovative dementia research.