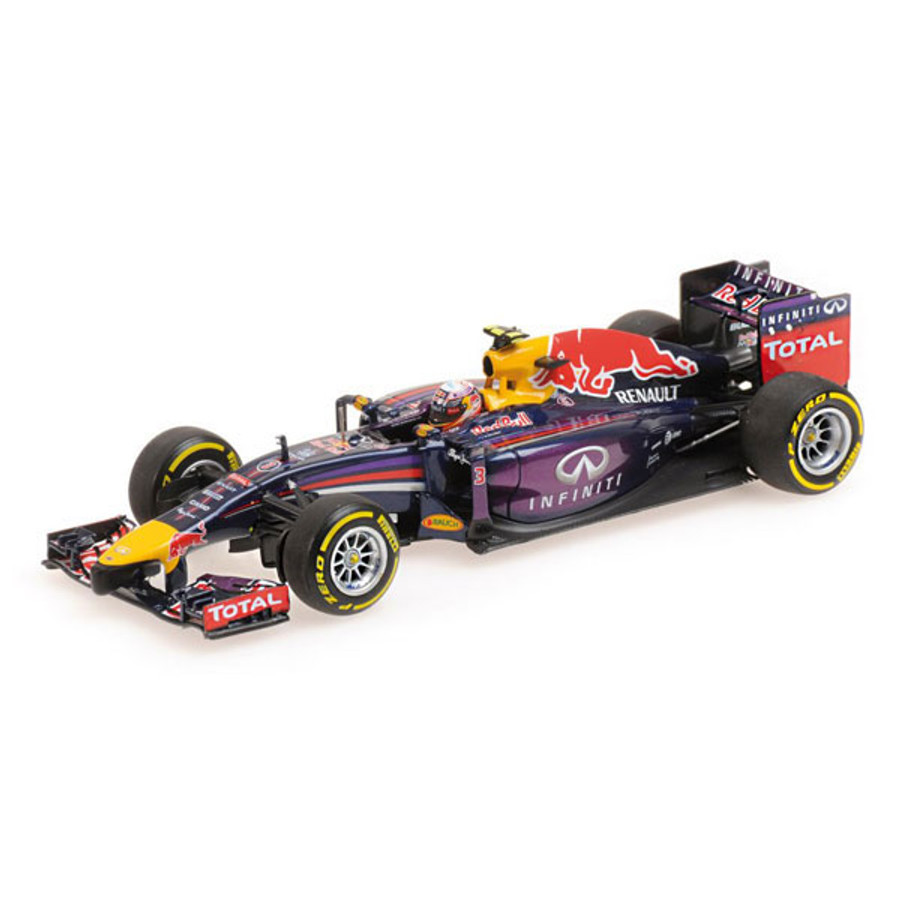 Daniel Riccardio has agreed to sign a very limited number of his Red Bull car from the 2014 season.

This is the Red Bull RB10 from the 2014 season that Daniel Ricciardo drove to victory three times, including his famous first victory in Canada. The scales is 1:18 and the model produced by Minichamps.

A photo of Daniel signing will be included with this car.

Due for delivery by the end of May. VERY LIMITED NUMBERS! Order now to avoid dissapointment.