Thanks for visiting our website. On The Edge Motorsport is based in Melbourne, Australia - home of the Australian Formula 1 Grand Prix since 1996. 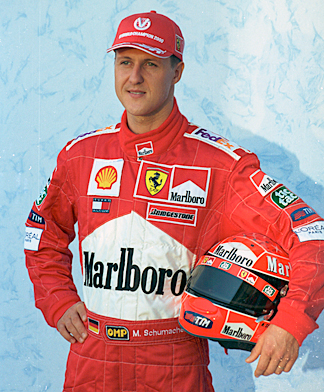 On The Edge Images started as a motorsport photography business opened by myself in 1997. On The Edge Images covered the Australian V8 Supercars from 1997 through to 2002 working as freelance and for companies involved in the series as well as being published in leading magazines such as Autosport in the UK and Motorsport News in Australia. In addition to this we did work for Atlas F1, which was one of the leading websites devoted to Formula 1.

In 2002, On The Edge Images became On The Edge Motorsport, and shifted focus to motorsport memorabilia. On The Edge Motorsport had been operating since the late 90's suppling genuine authentic Formula 1 racing items from drivers such as Michael Schumacher, Fernando Alonso, Feilpe Massa, Ayrton Senna, Lewis Hamilton, Mark Webber, Rubens Barrichello, Jenson Button, Sebastian Vettel and many more.

Through contacts made working in the industry we managed to establish a close connection with the world of Formula 1 to get team gear and signed memorabilia from Ferrari, McLaren, Red Bull, BAR, Jordan and many other teams.

We are able to obtain colletable items from most teams and drivers on the Formula 1 grid. We have many items from Australia's Mark Webber, and his Red Bull team mate Sebastian Vettel. Many of these items are from official signings and come with photos of the drivers signing the items. We also have Mark Webber and Sebastian Vettel signed photos and frames from 2009 / 2010 / 2011 and 2012.

We have also recently had 2011 MotoGP World Champion Casey Stoner sign, and now have items available in the Casey Stoner section, including a fantastic replica of his 2011 helmet. 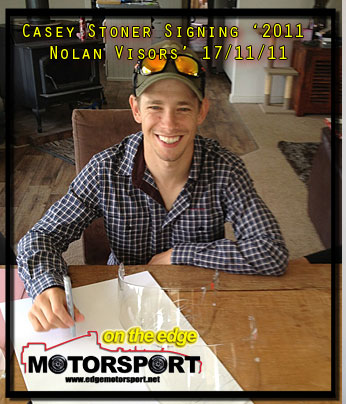 Perhaps you are looking for something unique and very collectable? On our replica helmets page we have available a very special Michael Schumacher 2006 Brazil Schuberth signed replica helmet. We can also obtain replica helmets from many other drivers such as Mark Webber and Sebastian Vettel

If you are a fan of current Formula 1 World Champion Sebastian Vettel we have items available from him. We have signed formula 1 photographs available from ALL current drivers - please just contact us and we can organise them for you.

Finally, we also specialse in obtaining driver used items such as used race suits, used helmets, used gloves and many more items. We have dealt with several Michael Schumacher race suits, Mark Webber race suits, Sebastian Vettel race suits and gloves over the years from many different drivers including Fernando Alonso, and can continue to obtain these very special items. Please contact us if you are interested.

We have very close contacts within the Formula 1 teams and can obtain virtually anything related to Formula 1, from signed photographs to used helmets or race suits. We have been in this industry since 2000, we supply many stores for the Australian Grand Prix as well as memorabilia at the track itself.

We isssue a Certificate of Authenticity with all our goods - with a money back guarantee based on the life of the signature, so you have no worries that all our items are genuine and spectacular. For more information on Authenticity please see our Authenticity page.

We deal with many wholesale customers both in Australia and overseas, so if you are interested in any of our products please don't hesitate to send us an email via our contact page.